The artist is born.

Hours go by amidst sounds, rhythms and keys; the boy delves into the pleasure, not fully aware that the music has been inserted in his veins and that it will be the engine of his life – his refuge, his home, the place where he will always be able to take flight and dream. The mainstay of creative intuition. What’s more, there is something he is not even capable of comprehending yet: music will be the core of his being and he will manage to move people through his compositions.

This boy is Sixto Fernández (SIX), a highly sensitive individual who walks hand in hand with his grand passion.

It’s feasible to do what he loves: creating music.

Throughout his extensive twenty year career, SIX has written and produced more than 60 compositions. He has also published four albums as DJ Tango, his radio doppelgänger. He has performed in the best global clubs and has gathered thousands of radio expertise, which has led to 11 ‘Best Radio DJ’ and ‘Best National Radio Show’ awards owing to both his musical selection and his warm and charismatic way of hosting the radio shows. He also has many projects of creating background music for documentaries behind his back, as well as personalized songwriting projects based on his music therapy studies at UNED (National University of Distance Education, Spain).

Currently, he is responsible for the musical selection of one the most important fashion retailer in the world  (2238 stores globally), with the role of Music Designer & Curator of the brand (we are not allowed to same it)
He manages his own online radio www.laisla.fm and still does DJ sets every so often.

At this very moment, SIX’s experience and career path have led him to a turning point: he wants to direct his creative spirit into the essential side of his consciousness.

His eight years of musical theory and piano knowledge allow him to familiarize with an environment he needed to comprehend; his intuition takes him further of what can be learnt. Everything falls into place, harmonics flow from his mind to his heart and always through his soul, to culminate musically in a place full of emotion, clean sounds, translucent, balanced, methodized, senseful… it’s the music of SIX.

Tidiness in the selection of elements; coherent fulfillment, clean and harmonically balanced; and empathy in the creative process are showcased values in the development of his musical world, rain or shine.

This sensibility has always allowed him to access those places where thoughts and feelings cohabit. He is capable of soaking up the feelings other individuals —or himself— experiment, thereupon transforming them into music.

He impregnates himself with notions and reflections and searches for diverse sounds to awaken the unconsciousness. He embraces his own and others’ dispositions. He perceives pureness, nostalgia, the solemn and the epic, the imperturbability of silence and the audacity of a battle. Stuffs himself with melancholy or rapture, defines the indescribable, gives color to a reverie or grants love with a name and a surname.

It’s time to go out and show the world everything Six has inside. He will begin soon his tour in which he will perform a series of concerts in different places, starting with 2 dates in Berlin (June 27th and 28th) where he has moved to work in his new productions and where he has established himself as the base of creation of his music and tour. In August he will be performing 3 concerts in Ibiza.

In his live show, Six exposes without complexes everything he has always studied in his head, creating live percussive loops, melodies and arrangements that combine to form a balanced whole that also supports with real-time contributions, which oscillate between his “solos” with keyboards, until appearances of external elements such as violinists, vocalists or even dancers. 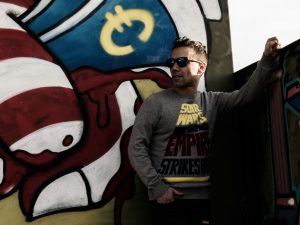 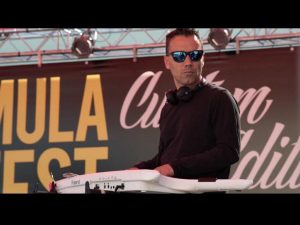